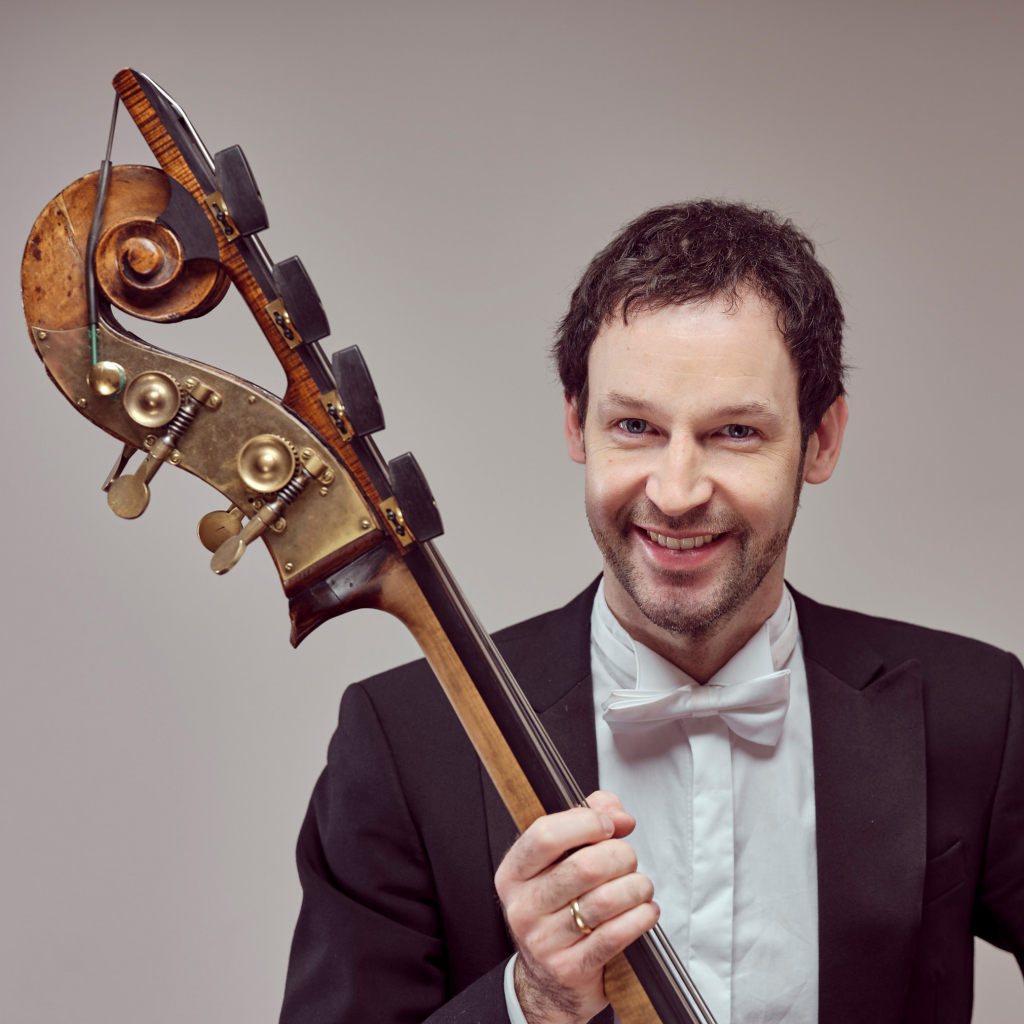 Benedikt Hübner is first principal double bass of the Dresden Philharmonic and professor of double bass at the Music Academy “Carl Maria von Weber” in Dresden.

From 1999 to 2004 he studied with Achim Beyer and Frithjof M. Grabner at the Leipzig Academy of Music and Theatre. He also completed a concert degree with Esko Laine at the Hanns Eisler School of Music in Berlin. Other teachers include Duncan McTier.

In 2004 he took a position with the Sächsische Staatskapelle Dresden; in 2007 he was appointed first principal double bass at the Dresden Philharmonic.

He has also appeared as a soloist with various orchestras, for example the Chursächsische Philharmonie in Bad Elster, the Kurpfälzisches Kammerorchester, the Brandenburger Sinfoniker and the Philharmonic Chamber Orchestra in Dresden.

In the winter semester 2015/16 Benedikt Hübner was appointed professor of double bass at the Music Academy “Carl Maria von Weber” in Dresden. He also retains his position as first principal double bass of the Dresden Philharmonic.