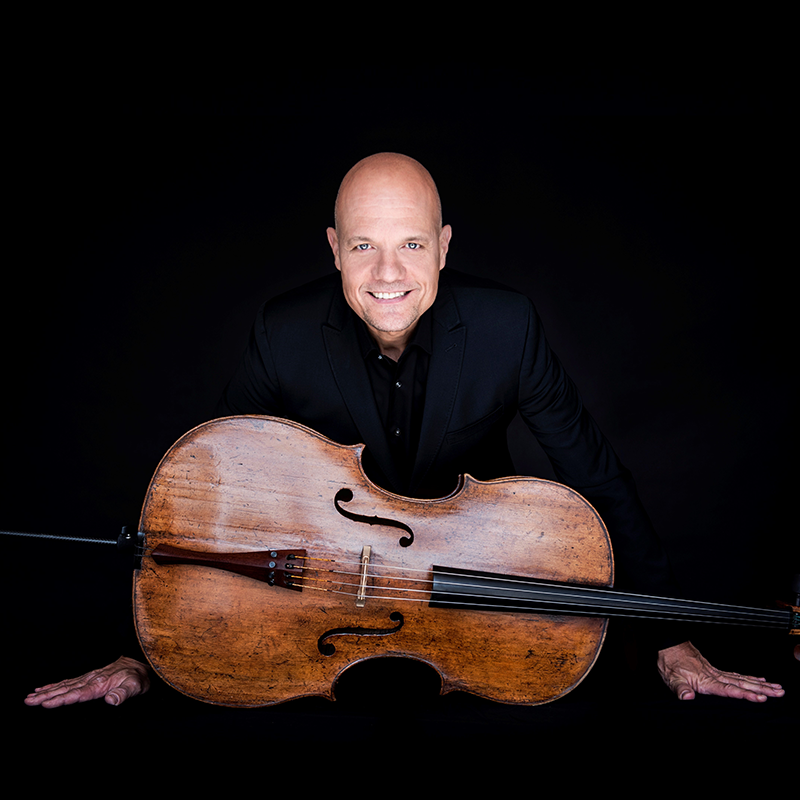 An intense experience with the great classical repertoire as well as his diversity in other musical genres unite to a genuine artistic profile. As a major German newspaper, Der Tagesspiegel, summarized: ,Eckart Runge embodies magical mutability beyond all musical stereotypes and boarder-lines.’

Three decades Eckart Runge marked the characteristic profile of the Artemis Quartet, with which he performed in major concert series and festivals worldwide. Albums, since 2005 exclusively for Warner/Erato have been granted numerous awards such as the Grammophone Award, the ECHO-Klassik and the Diapason d’Or.

As of 2019 Eckart Runge decided to leave the quartet and endeavour for new artistic challenges, persuing his solo-projects and above all, his passion of presenting programs that converge varied musical genres and art forms, such as classical, jazz, rock-pop and film music, also to reach out to younger and wider audiences, for chamber music presented in a new contemporary way.

Eckart’s first solo album with the radio orchestra Berlin (RSB) will be released in 2020, featuring the world premiere recording of Nikolai Kapustin’s jazzy cello concerto op. 85 as well as the passionate 1stconcerto by Alfred Schnittke. He will also present the first European performance of John Williams cello concerto in Munich.

With his Duo Runge&Ammon he performs in festivals, series and clubs alike, since 25 years, across Europe, the USA, South-America and Asia. After presenting CelloCinema, RussianSoul, CelloTangoand BaroqueBluesthe two musicians will return with their program RollOverBeethoven-Revolutionin major venues such as Elbphilharmonie Hamburg, Beethovenhaus Bonn, WDR Cologne or the Schleswig-Holstein Music Festival.

Also on chamber music stages Eckart will remain present: teaming up with the renowned Italian Quartetto di Cremona, an album with the famous Schubert quintet will be released in spring of 2019 followed by an international tour.

Eckart Runge plays a beautiful cello made by the brothers Hieronymus and Antonio Amati in Cremona in 1595, a generous loan of Merito String Instrument Trust Vienna.

As a professor at the University of Fine Arts Berlin (UdK), the Chapelle de la Reine Elisabeth in Brussels as well as on international master classes, he passes on his experience to students from across the world.

Eckart Runge’s vision of being an artists goes far beyond his his commitments of performing and teaching. He supports Yehudi Menuhin’s Live Music Now, Jeunesses Musicales Germany and youth orchestra projects in South America, as well as Mit-Mach Musik, a social integration project for refugee children.