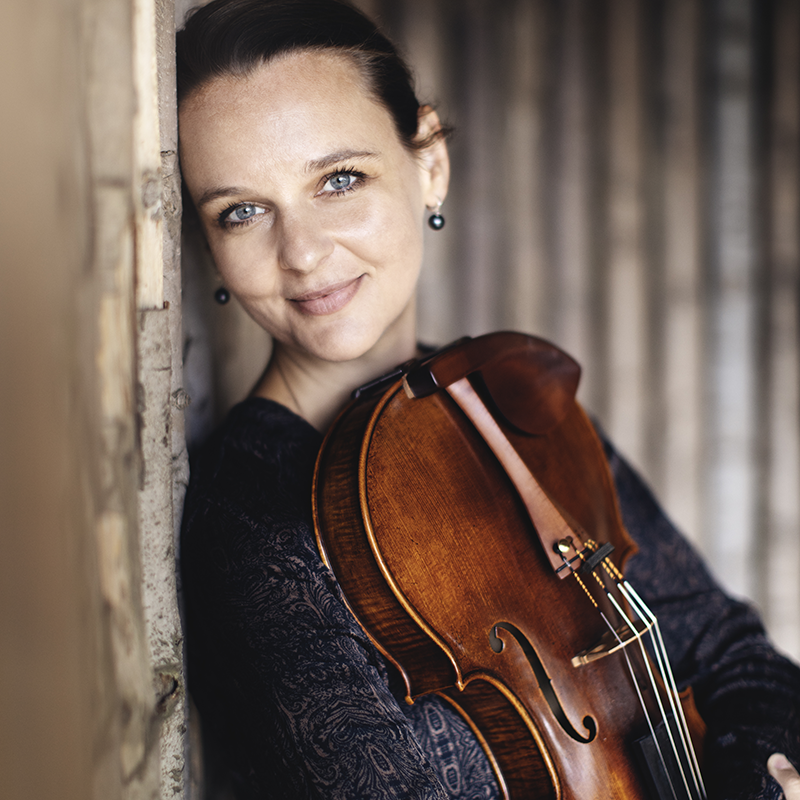 In her exploration of stylistic diversity, she chooses performance-practical means such as gut strings, matching bows and various tuning and temperaments which help convey affects and enable a lively articulation and musical language corresponding to the zeitgeist of the epoch. She works with composers such as Jörg Widmann, Peteris Vasks, Christian Jost and Kit Armstrong and has participated in various world premieres.

Pauline Sachse’s discography reveals a wide-ranging repertoire. In addition to works by Schumann, Brahms, Shostakovich and Hindemith, she has realized various first recordings and world premieres, such as Christian Jost’s “Hamlet Echoes” or several early classical sonatas by Franz Benda and Giorgio Antoniotto. Both the CD “Viola Galante” and her recording of the Shostakovich Sonata and Schubert’s Schwanengesang with pianist Lauma Skride appeared on the longlist for the “Preis der deutschen Schallplattenkritik” and earned high critical acclaim.

In October 2019, the Hamburg native accepted the professorship for viola at the Musikhochschule Lübeck.
From 2013 to 2019 she held the professorship for viola at the Academy of Music Carl Maria von Weber in Dresden and was previously the principal violist of the Rundfunk-Sinfonieorchester Berlin and guest professor at the Hanns Eisler School of Music Berlin.

At this university she studied with Tabea Zimmermann and worked as her assistant. She took further studies at the UdK Berlin, at Yale University USA as well as with the Alban Berg Quartet.